When I read culinary articles about 'Surabi Tasik' and bandrek in site Sukabumitoday.com, It reminded me to my experience when hang out with the employees at Small Tax Office (STO) in Sukabumi. At that time I was carrying out field work practices as one of requirements to graduate from my college.

Surabi is famous snack from Bandung. However, It doesn't mean that Surabi doesn't exist in other areas. Surabi is a traditional food made ​​from rice flour and coconut milk which is baked in the pan which made of clay. Surabi roasting usually use firewood because the processed will taste more delicious and fragrant. Bandrek beverage is flavored hot drink because it's made from herbs and palm sugar thay have been boiled before. This drink is suitable enjoyed during cold weather because it tastes a little spicy (derived from red ginger and mace) and could warm our body.

Back to the story, As a students in fieldwork practices at Sukabumi Tax Office, there was a rule that every few days, We will be displacement work from one section to another section. As predefined schedule, starting tomorrow, I will move from service section (Seksi pelayanan) to the billing section (Seksi Penagihan). Actually, when I was placed in the service section, my work has not been completed yet, but due to adjusting our schedule that's only one month, I must move there. If at the service section, my job was like never run out (We called it 'endless job'), then at the billing section, I really need a job. Actually, a lot of work could be done by employees there, but not all jobs can be transferred to me as college students. There were some jobs could only be resolved by the appropriate designated employee.

Wow, where it's culinary story? Be patient readers. I was so happy, so I want to tell you details of my activities at that time. If I am n't wrong, in last day I served in the billing section, It's Chief, Mr. Heri invited employees in the Billing section to go to the Karamat area, trying Surabi. This idea came from Mrs. Resmi (Bu Resmi), one of the confiscation clerk in Sukabumi Tax Office. She talked about how delicious Surabi there, It was eaten warm Surabi with bandrek drinks. Incidentally, Mr. Heri's children from Jakarta was getting holiday, his name is Adit. So as well as introducing unique Sundanese food to his son, Mr. Heri took us, in the billing section go there.

We left for around 11:00 noon. Troops that participate enliven were Pak Heri, Mrs Resmi, Mas Febri, Bang Jeck, Adit and me, of course. Even though I'm only known two days ago, but I was very lucky to have taken hang out and even treated by their Section Chief. Indeed, the employees there were very carefully to everything. Mrs. Resmi, Mas Febri and Bang Jeck were very friendly and warm, seemed to me as one of Billing Section's family. The journey begins from Jl. RE. Martadinata towards Karamat road in Sukabumi city. Karamat road can be reached through a red light intersection of degung (turn left) or from direction of RS Bunut through Secapa POLRI. After entering the right side of the road Karamat, we took turns and uphill road. Apparently, SMAN 2 and Stikesmi were located in there. From the fork, We had to continued to climb up the hill as we reached the boarding school Hayyatan Thayyibah. From there, the car leads to the right and the streets were narrower. Bamboo groves and orchards became the scene during the journey from high school Hayyatan Thayyibah. Only occasionally I've seen a crowded house on the roadside. After passing a hill, We arrived at the place of Bandrek and Surabi. Actually, surabi was the famous menu here because It made traditionally ​​using wood, clay pans and derived from natural ingredients. Honestly I was rather surprised, that place has some distance away from the crowd but why visitors be crowded . This can be seen from several cars parked in front of the tavern Surabi.

The name of that place is simple "Surabi Has Tasik"​. That's right bro/sis, its name "has" maybe refered to 'khas' or special, but the owner from Tasikmalaya was wrong in writing. Since 3 years ago, He occupied that place, a location on the edge of the road is quite busy at Karamat street. It always be attended by culinary enthusiasts in Sukabumi. Surabi stall is very simple, small stalls with bamboo walls and wooden poles worn look very traditional. But don't make mistake, the main attraction of this stalls was its precisely condition. Bale-bale or lesehan place scattered at some point, the side of the kiln, on the inside and near a tree. The atmosphere was rather rainy and cold, appropriate enjoying warm Surabi and a cup of bandrek . After seeing the menu, I finally chosed Surabi cheese eggs. There were other Surabi menu, like Surabi oncom, Surabi sarondeng, Surabi Duck Egg and Cheese. Actually, I wanted to order Bajigur, but in the list there's just sweet tea, bandrek, coffee and some other beverages. Finally everybody ordered bandrek .It's shame for me to ordered strange things otherwise I was treated by other.

A light rain added to atmosphere was serene enough. While seeing Mr. Asep (the seller) makes Surabi, We take pictures in there. Unfortunately, our photos were deleted from my computer cause viruses exposed hiks.

Mr. Heri time to ask what ingredients are used to make Surabi and bandrek. Adit, her son might want to make it at her house later. I've heard that he was a great cooker. Mrs. Resmi and Mas Febri alternately photographed, but the most frequently asked was Mrs. Resmi. She always asked to be photographed anyway hehehe.

Surabi has come along with her ​​partner, bandrek. Warm Surabi bite fresh from the oven is really delicious. It's over all hungrily. Because each person orderes different menu, so We could try another Surabi like Surabi oncom and sarondeng. None of different ingredients to make sweet or salty Surabi. Only the topping will customized your surabi according to your order. As shown in the picture, if you order Surabi oncom, its topping will be separated, not combined with Surabi. Similarly with sarondeng, it'll be separated. Besides surabi, there was also distinctive Sundanese chips called 'enye'. It's made from grated cassava, dried it and then fried. It was crisp and tasty.

The Stalls are open from 06:00 a.m. s and close at 5:00 p.m. on weekdays and until 9:00 p.m. on weekend. With a cheap enough in range price, start in 1000 rupiahs, makes fans come from various backgrounds, such as student and employee. Some employee intentionally get discuss with coworkers or deal with the client while discussing business in that stall.

Switch to bandrek, there is uniqueness in its presentation. Besides, it's very traditional place but still comfortable to stop off, drinking bandrek was also presented in the coconut shell container with a handle made ​​of rattan. It's very unique and appropriate with traditional concepts. This drink was very hot in my mouth, but it may warm and improving blood circulation. Even Mr. Asep said (the owner), if We drink bandrek regularly will make our body healthy. If I may guess, Bandrek was made from red ginger, Secang wooden (which makes the color to red), mace, cardamom or kapol and red sugar. It has an Indonesia's distinctive aroma of the herb that could refreshing our body. Beside, the atmosphere around the shop is not too crowded and still rather green, slightly reduce fatigue after work.

Why did it called 'Bandrek India'? according to the owner Mr. Asep, the name was taken from one of ingredient that is kapol. Kapol was gotten directly from India at a price Rp 400rb/kg. The existence of this kapol is distinctive, in addition to warm it makes quite a lot of benefits such as treating fever, rheumatism, prevents nausea and so forth.

Stick with simplicity and use cleaner firewood in order to guaranteed taste of Surabi was a hallmark of this stall. According to the owner, this culinary spot was in mediation by the local government of Sukabumi and fully supported when it was launching. He did not intend to change this simple concept because this is where the much sought after by fanatical fans.

Although I still feel at home, We must go back to the office. Mr. Heri did not forget to order some Surabi as a gift to his family because this afternoon he will go home (weekend). Not forgetting, I thank him because his willing to take me there. He knew that I had no money for buying snacks. Hehe ...


*** I Apologize if there're a lot mistake in my article. I'm still studying to write in English*** 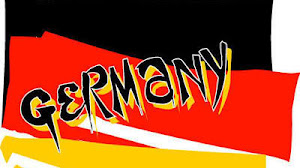